This is the site of the proposed Dewey Park Apartments. The 55-unit complex would replace two existing triplexes shown in the scene and a detached garage that also would be demolished. The site hugs a boulevard and walking and biking trails. 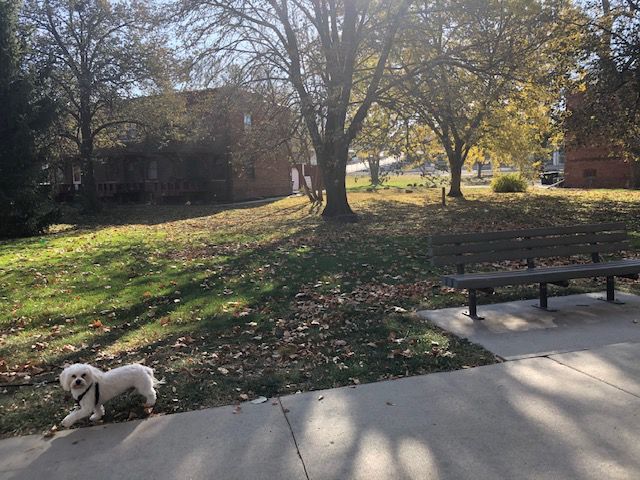 This is the site of the proposed Dewey Park Apartments. The 55-unit complex would replace these two existing triplexes and a detached garage that also would be demolished. The site hugs a boulevard and walking and biking trails. 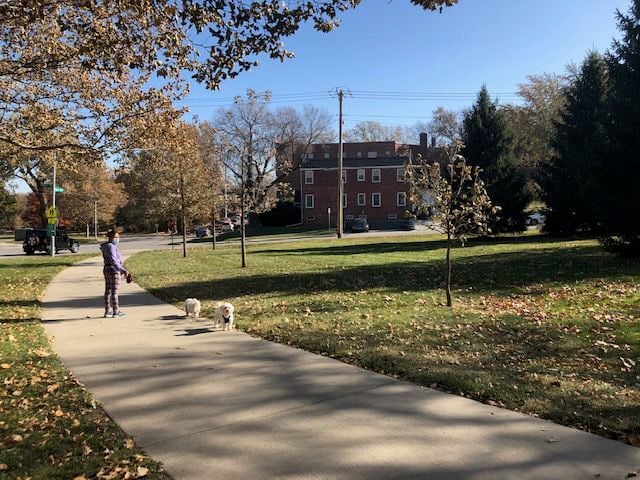 This is the walking and biking trail that runs along the site of the proposed Dewey Park Apartments.

An $8.5 million, four-story apartment complex is poised to rise on an interesting curve near midtown Omaha’s Dewey Park and along Turner Boulevard.

GreenSlate Development, best known for reviving the Blackstone business district, is proposing a 55-unit apartment project on the half-acre site at 33rd and Jones Streets.

A pair of two-story triplexes and a detached garage would be demolished to make way for the proposed Dewey Park Apartments.

The project site north of Leavenworth Street is blocks from the spine of the Blackstone commercial district, and a short walk from the Midtown Crossing retail and housing campus.

“It aligns with our vision for adding density to the core of our city that was neglected for five or six decades,” GreenSlate’s Jay Lund said.

To move forward, GreenSlate is asking the city to approve $1.4 million in public tax-increment financing. TIF, an incentive aimed at spurring economic development in blighted areas, allows developers to use a portion of future increased property taxes generated by their project to pay certain upfront development costs.

Any cookies that may not be particularly necessary for the website to function and is used specifically to collect user personal data via analytics, ads, other embedded contents are termed as non-necessary cookies. It is mandatory to procure user consent prior to running these cookies on your website.